FNG from the desert

90% sure I’ve nailed her down as a Model 8-2 Service, but I’d sure appreciate some validation or correction! 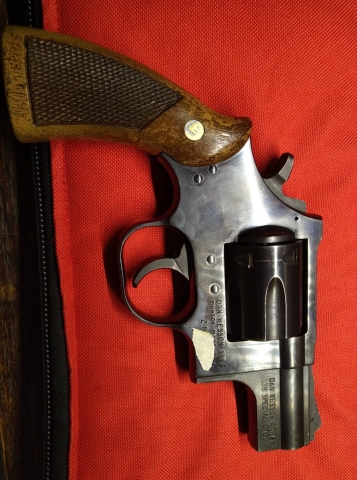 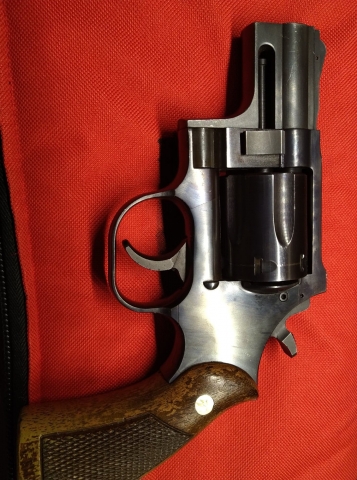 Well I suspect mine is also a model 8 but I’m not sure, it looks pretty much the same as yours (yours is in better shape tho) mine only need a little love 😉 . 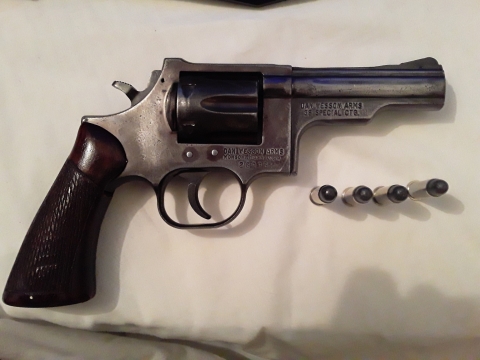 Have you had any luck dating yours? Our Sn# are pretty close together by the looks of it!

No, I have no clue of the date or even the model, someone just told me it is probably a model 14 but didn’t sound so sure. I’ll keep digging info about it.

The guy who sold me the gun was practically begging to sell it as the double action was not working (the grip screw was insanely tight)…..that was an easy fix and got this one really cheap (atleast cheap for my country).

Well, from looking at the Porkchop appreciation thread here:(https://www.danwessonforum.com/forum/dan-wesson-small-frame-revolvers/porkchops/) there’s a porkchop model 14 that looks very similar to both of ours. I wonder what the differences are between the 14 .38 and the 8-2. That seems to be the name of the game with Dan Wessons, nobody knows anything for sure!

Well those do look similar BUT the rear sight is not the same, those have 2 different sights and none match your gun or mine.

I still would like to find a picture of a model 8 to compare.|

It does indeed look as model 8 (take a look at the 4 comment) model 8 have fixed rear sight……dunno man seems like both are models 8.

P.S. Longshot, but you wouldn’t happen to have an extra 4, 6 or 8 inch shroud you’re trying to get rid of would you?

Sadly no, now that I know the model is time to restore this bad boy.

Okay Gentlemen, the real scope. From serial number approximately 10,000 to 25,000 it would be a model 8 unless a 357 will chamber. From 25,000 to 50,000 it is a model 8-1. The only difference is the 8 – 1 rear sight is cut into the frame and the front sight is shorter. Also, the model 8 has the short action hammer which is really the short action trigger. The hammers are identical. The 8,14 and 15 were made from 1971 to sometime in 1972. The – 1s were made until early 1974. When the -2s debuted I think DW sold all their finished obsolete frames, and shrouds to High Standard and they were called the HS mkii and iii. There never were any pistol packs or extra barrels for High Standards but they are the same as a Dan except for the role mark. There never was any 8″ porkchop barrels. 53/4″ is the longest. EWK makes an adapter so you can use -2 barrel assemblies of any length. They also make a front sight to adapt it. Knock out the roll pin and install the replacement.