When exactly did DWF go online?

The DWF went live on January 22, 2008, with first post being the contact information for CZ \ Dan Wesson in the Parts and Service forum.

Why did you create DWF?

After my father passed away in 2004 my uncle was a tremendous help to me in dealing with all the things that had to be taken care of, so I purchased him a Smith and Wesson 617 as a thank you.   After that I was on the lookout for me for a double action 22 as well.  A few years later I stumbled upon a Dan Wesson 722V6 for $275 so I jumped on it.  At this time I didn’t know if it was a good deal or not but I figured it was less than half the price of an S&W so I would give it a shot.

So when I got home I started looking for information on my new purchase.  I quickly discovered that what little online information existed was spread over several websites and difficult to find.  I also noticed inconsistencies in the data as well.

I decided that I liked my new purchase so much that I would start a dedicated forum for Dan Wesson.  I envisioned the site as both a forum and a repository for information such as old brochures and model information as well.

Did any other shooting Forums provide you with guidance, inspiration or examples of what you wanted to do (or not do) with DWF?

At the time the primary forums I read were Rimfirecentral.com, THR (The High Road) and TFL (The Firing Line).  THR and TFL were crucial in driving visitors to the DWF.  In the beginning I would try to answer any Dan Wesson specific questions and then point them in the direction of the DWF.  9 times out of 10 now if a Dan Wesson question comes up on one of these forums someone else has already directed them to the DWF!

I still enjoy reading these forums but at times there’s a lot of rude comments that you have to wade through.

As far as inspiration I figured if Ruger, Colt and S&W could have a dedicated forum so could Dan Wesson!

Who was the first Registered Member? Can you show us the first “non Jody” post?

CaptDan was the first registered user however he never made a post.  The first “non Jody” post was made by Wdelack at 3:49PM on January 22, 2008.

“Let’s see if we can help get this new forum off the ground.  I guess I could start with a few pictures…”

Who is the earliest Registered Member still actively contributing to the Forum?

Please tell us a little about the nuts and bolts aspect of how DWF is hosted, maintained, and updated.

The foundation of the DWF Site is WordPress, which is an open Content Management System.  The one of the features of WordPress that made it so attractive to me was the plug-in architecture which allows me to easily integrate other applications into the site.  WordPress is developed in PHP with a MySQL Database backend.

The heart of the site is a forum which is a plug-in called SimplePress Forum.  Another popular feature of the site is the DWF Firing Range (Live Chat) which is made possible by using the Shout Box Plug-in.

WordPress provides an excellent administrative dashboard which allows me to handle the configuration of all the plugins from a single location.  When a new version of a plug-in is available I’m notified when I login.  Some plugins can be updated directly from the site but others such as the forum have to be updated manual by uploading files to the server.

How do you visit DWF?

I actually interact with the forum in a couple of different ways.  First I have the privilege of working from home for my real job, so I can easily switch between my work and personal computers, so I visit several times a day.  In the evening I’m not physically logged in as much since I try to spend as much time with my family as I can but I receive a email for every post on the forum which I get on my Android phone.

I normally try to read every post to the forum but that’s getting more difficult as the forum grows!

So while I might not login every day (which is very rare) I do keep a check on what’s going on.  During the holidays I think I did go a couple of days without logging in but of course I had the emails on my phone!

Is the DWF of today what you expected it to be?

The one goal I did have in creating the DWF was to become “THE” site for all things Dan Wesson related, and to a certain extent that goal has been met.  However, we still don’t have a large base of members with 1911’s, but that number is growing.  I have learned over the past couple of years that the demographic of revolver and 1911 owners appear to be different so I’m not sure how quickly that number will rise.  Although when I started the DWF my primary interest was and still is revolvers.

The growth of the DWF specifically over the last two years has been amazing.  After the first year with only 350+ members and 1600 posts I felt the site was moving in the right direction but there wasn’t as much activity as I was hoping for. However several of the early members have been faithful contributors from the beginning:

We added another 660 members and 17423 posts in 2010!  There are also several members from 2010 that are very active on the forum such as Blacktop and Pinetor, which shows the future of the DWF is brighter than ever!

What things have surprised you the most about how DWF has evolved over the years?

I think the thing that has surprised me most is that the DWF has become a community, as opposed to just a website.  If you read other forums, far too frequently posts turn negative, which to me takes the enjoyment away. This has never been an issue on the DWF.

While we have moderators on the DWF, their primary goal is to help others use the forum itself and often times other members help up the new members before they or I can help them!

What is the vision you have for the “DWF of the Future”?

The future of the DWF rests solely upon its members. While the moderators and I set the tone for the forum, it’s the members that make it what it is.  From the beginning we have sought out ideas from members on how to make the site better and more beneficial to its users.

So if anyone has suggestions please let me know, and if it’s something I think will benefit the site I will do what I can to make it happen!

What else should we know about the history, operation, and future of DWF?

We have a very dedicated group of Site Supporters and with their help I have secured hosting for the next five years and we renewed the domain name for the next 10 years!

As we get more and more active members I see only good things in DWF’s future!

We’re all “numbers and benchmark guys”. Can you share some DWF Milestones with us?

How many new members joined each year, broken down by year?

What is the record for most new members in a month?  In a day?

What is the record for most online at once?

According to the forum software 85 is the most online at a single time.  I’m not sure how accurate this number is but it’s pretty cool if it’s correct!

Do you have total posts by the year?

How about most posts in a day?

What are the stats on Firing Range usage?

To date there have been 31082.  Unfortunately I don’t have a breakdown by date but here are the top Firing Range posters:

What other statistics are of interest?

The DWF Content takes up 1.7 GB of disk space which is primarily photos!

The database is currently 45MB is size and has grown 18MB since August 2010!

Jody, thanks for sharing some very interesting information about the Dan Wesson Forum. Maybe the best news for all of us is that is that hosting is established for five years, and the domain is secure for ten years. These timeframes are an eternity in the Internet world. 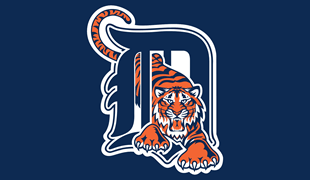