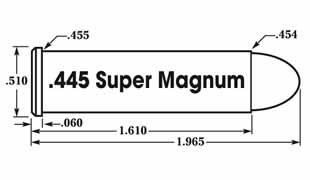 Recently six DWCA Members participated in a “Virtual Roundtable” discussion about the famous Dan Wesson SuperMag Revolvers. The unique Dan Wesson Revolver design was the perfect platform for the development of the powerful, flat shooting Super Magnum cartridges. Dan Wesson SuperMags are among the most actively collected modern revolvers.

What does the term “SuperMag” mean?

[SHOOTIST357] Elgin Gates wanted a more powerful cartridge in common calibers for Metallic Silhouette competition.  He accomplished this by lengthening the common magnum cartridges from 1.29 inches to 1.60

[IHMSA80x80] The old .38 Special case was lengthened to 1.29″ by Smith & Wesson back in 1935, to become the more powerful .357 Magnum. The same process was used by Elgin Gates in the mid 1970’s to invent an even more powerful round for handgun silhouette competition. He lengthened the .357 Magnum case to 1.60″, and for lack of a better term, called it a Super Magnum, which was later shortened to SuperMag by Dan Wesson.

How were the SuperMag cartridges developed?

[ChargerFan] They were developed by Elgin Gates for the International Handgun Metallic Shooting Association (IHMSA). They needed to be able to retain enough bullet velocity at 200 meters, to knock down steel rams used in the sport. The first one Mr. Gates brought to the table was named the .357 Maximum…based on a .357 Magnum case, it was lengthened by 1.60 to allow more powder.  Dan Wesson’s gun specifically designed for this cartridge was named the “SuperMag”.

[IHMSA80x80] Elgin Gates, one of the early competitors and founder of the IHMSA, had many ideas for new cartridges for the new handgun game. One of them centered on the .357 Magnum. He reasoned that by lengthening the case even further, he could increase the velocity of those 170-180 grain bullets to make the round more reliable on the rams. By heli-arc welding sections of .357 Magnum cases together, he was able to come up with a lengthened case to use for testing.

What role did Dan Wesson revolvers play in the development of Supermag cartridges?

[IHMSA80x80] Dan Wesson played a huge role in the development of the SuperMag. When Elgin Gates designed the .357 SuperMag cartridge, Dan Wesson was the first revolver manufacturer to agree to build a new revolver with a frame window large enough, and cylinder long enough, to accommodate the full 1.610” case length.

[Jody] Dan Wesson was the first (and only) firearms company to produce double-action revolvers in SuperMag calibers.

[LBruce] At the time of SuperMag development Dan Wesson was the dominant revolver for IHMSA. With its proven strong design, superior accuracy and adjustable barrel it was a natural choice.

What are the common Dan Wesson Supermag models, and in what calibers?

[IHMSA80x80] The .414 SuperMag is the rarest of all. Only 25 were built before the Palmer factory shut down in 1995. Again, they were 8” barrels with slotted shrouds, and all are stainless.

How is a Dan Wesson SuperMag different from a Large Frame Dan Wesson revolver?

[LBruce] The SuperMag frame and cylinder are lengthened to accept the longer cartridge. Also the ejector rod slot on the shroud is longer on a SuperMag. Most other parts interchange.

[IHMSA80x80] The SuperMag frames are also heat-treated to safely withstand the rifle-like pressures developed with this cartridge.

For what types of shooting are SuperMags most commonly used?

[Supermagfan] They were developed primarily for the handgun silhouette sport, but most have also enjoyed success with handgun hunters all over the world as well.

What level of accuracy would an experienced shooter hope to achieve with a SuperMag at longer (100+ yard) ranges?

[LBruce] I believe near MOA type accuracy is possible, however mere mortals such as myself can strive for 2 inch groups at 100M and 4 to 6 inch groups at 200M.

[IHMSA80x80] The .357 SuperMag is capable of attaining groups of 2-3” or less at 100 meters with the 180-200 grain bullets in good revolvers. In single-shot handguns, half that is easily accomplished. I’ve seen single-shots turn in groups of an inch or less at 100 yards. My own Dan Wesson .357 SuperMag will stay right at 2” with boring regularity. Most Dan Wesson and United Sporting Arms revolvers in any of the SuperMag cartridges are capable of 4-6” groups or less at 200 meters when shot from the Creedmoor position

What is your favorite Dan Wesson Supermag Model/caliber, and why?

[LBruce] I like them all but would have to pick the 357 SuperMag as my favorite. It was the first one and started the SuperMag following. Its exceptional accuracy, downrange energy, along with relatively mild recoil makes it an excellent choice for long range target work as well as hunting.

[Jody] While my experience with the SuperMag revolvers is limited I enjoy shooting my .357 SuperMag over the 445 SuperMag.  The recoil of the .357 SuperMag is very manageable in the Dan Wesson and a pleasure to shoot.

[Supermagfan] I enjoy the .414 Supermag because I like the .41 caliber in general.  I also enjoy the uncommonness of the caliber.  There is a certain mystique about the caliber and it is the most collectible of the four regular production Supermag calibers.

[ChargerFan] As of today, my favorite is the .375 SuperMag. To me, it has that perfect combination of weight vs. recoil, and it hits the target HARD!

What caliber would you like to see a modern Dan Wesson SuperMag type revolver chambered in?

[Jody] From a commercial standpoint I think it would be wise for Dan Wesson to introduce new SuperMag revolvers chambered for both the .500 S&W and .460 S&W

[ChargerFan] Something larger than anything else currently available…just because they can!

[LBruce] Mostly I would like to see the production of the existing calibers/models to resume. However I also would be interested something along the 32 caliber line. And of course while it has been beaten to death lately, who wouldn’t want the biggest and most powerful, a 50+ caliber

[Supermagfan] The Gates family had spent some time developing a .32 caliber Supermag that never attained a production status.  I think that would be a great new offering.  There was also a .505 in the development stages that never hit the lines either, that would be one large caliber to compete with the 500 S&W and the Freedom arms 500 WE.

Is there anything else that is important for us to know about Dan Wesson SuperMag revolvers?

[LBruce] Dan Wesson revolvers were way ahead of their time in both accuracy and innovation. Dan Wesson simply produced the finest double action revolver ever.  The firearms world is lacking for the dedication of Daniel Wesson, to simply building the best and not the most

[ChargerFan] Yes…once you own one, you will want all four!

[Jody] I think it should be mentioned that Dan Wesson was the first firearms company to manufacture production revolvers for the SuperMag cartridges. There’s currently a lot of hype about Smith & Wesson’s X-Frame revolvers but Dan Wesson was producing Big Bore handguns 2 decades before its introduction.

[SHOOTIST357] They are great fun to shoot

We hope you have enjoyed and been enlightened by our discussion of the Dan Wesson SuperMag Revolvers.

If you find the Dan Wesson Forum useful, please consider a donation towards site running costs.  The Dan Wesson Forum relies on the supporter of it’s members to keep the site ad free.  All contributions are greatly appreciated!  Some of the benefits are: 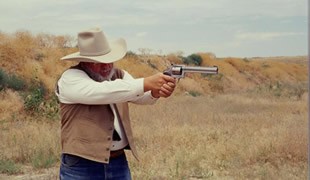 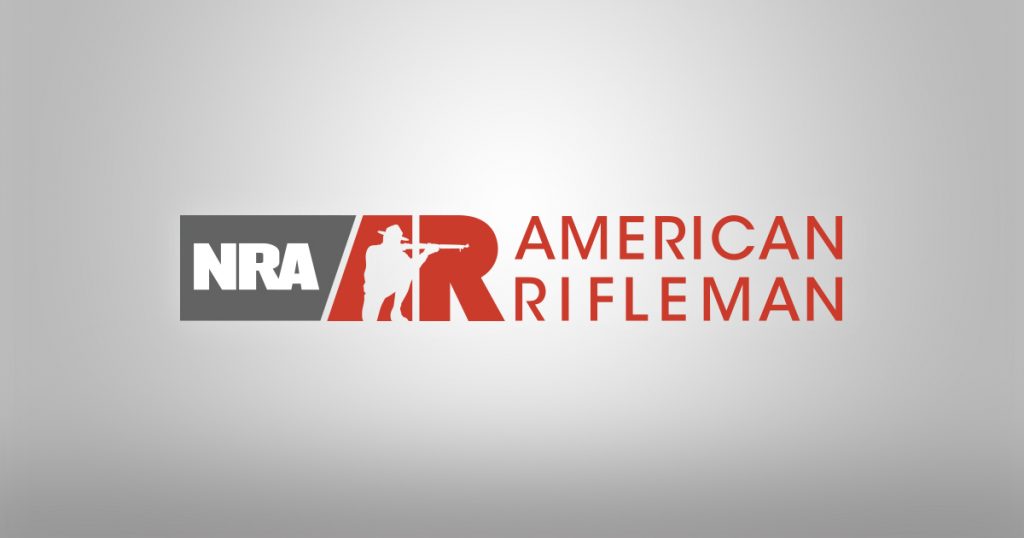