I recently acquired this for $300 and I feel I did well. I am not too familiar with this revolver brand.  Any model ID help would be appreciated.  I do not see it in exact form on the Sticky post of the different models.  Thank you. 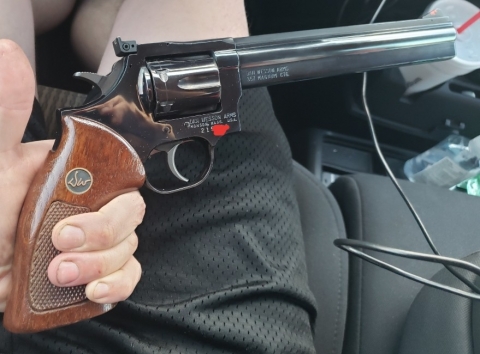 Looks like you have a model 15-2 6H based on the picture and not being able to determine the actual length of the barrel assembly.  At that price you made an excellent purchase.

Thank you so much for the info

That is GTDW. It is worth double what you paid.

Why can’t I find deals like that? I much prefer the unvented heavy barrel.

Hi, I’m new to the group, coming from Barstow, Commiefornia (don’t hold it against me, I intend to escape this place).

I have a similar gun that I can’t seem to find a definitive model number on. It appears to be an older one as the serial number is 92216, and it’s marked as a 357 Magnum CTG, from Monson, Mass. I have an issue with the cylinder that you can rotate by grabbing it and turning it (doesn’t look like the video loaded). It doesn’t catch solidly. Also, the barrel may be out of alignment with the cylinder as it got knocked on the left-hand side. I’d be interested in sending it in to Dan Wesson/CZ to fix, but I’d like to at least get the model number before doing so, to see if they can at least fix it. It’s more of a sentimental gun than anything, knowing that the cost is probably going to be more than it’s worth. It was my first handgun that I bought.

Thanks in advance for your input! 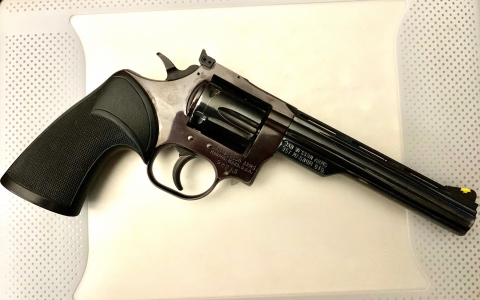 You probably need new springs. Hand, bolt, etc. Read the Average Joe Tuneup in Gunsmithing. It is not hard. You will need a barrel tool. The sideplate can be removed with an Allen wrench set.

Thank you very much for the advice Ole Dog! I really appreciate it. I recently tore it down to clean it based upon a YouTube video. I have the tools for it, including the feeler gauge, so I just need to get the parts then. Another fix project I have is a Remington Model 51. That should prove challenging, LOL!

All, I’m wondering if I need a new cylinder based upon some wear I’m seeing from where the cylinder latch sets in the cylinder (see photos, sorry for the poor quality, my phone does not have a macro mode). Opinions? I’m still looking at replacing the springs as suggested by Ole Dog as I’m sure they’re weakened, but further looking at my cylinder makes me wonder if there’s a secondary problem that wasn’t evident in the previous post. Please let me know your thoughts on this. Thanks!  Mike 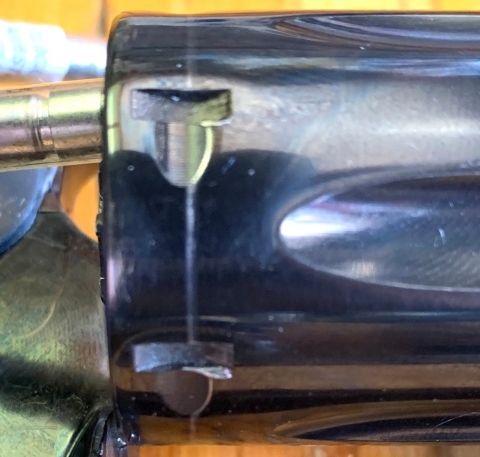 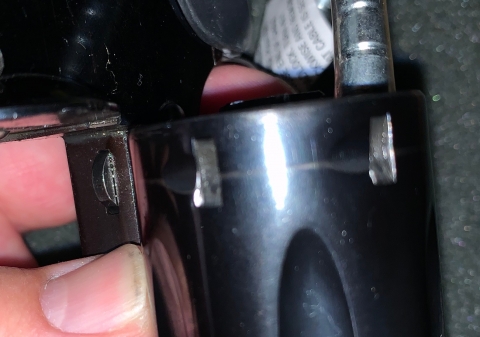 Just normal wear. All revolvers do it.

Yes, normal. As a matter of fact, it is in nice shape. DW calls that the bolt. Smith calls it a cylinder block. Slides out of the bottom strap to catch the cylinder at lock up. Colt Pythons don’t contact the cylinder until the scalloped part is there. Hence they don’t show the cylinder line unless the gun is out of time. Smiths and DW do drag along the cylinder as it turns. I have read that a light file stroke on the leading edge of the bolt/cylinder block when the gun is new will remove the very sharp edge that causes the line. I would be afraid of causing a timing or lock up problem. Some folk put a little black tape on the cylinder to protect the finish. Most Revolvers have the line when leaving the factory from test firing and checking the timing.

Thank you all for the input. I wasn’t too concerned about the line, as you indicated, it’s just wear. I was more concerned about the notches for the block, or bolt. That’s where there’s more wear than anywhere on the gun. I know that it didn’t come out too well in the photos, but if this is normal, I will replace the springs. It just seems strange to me that I can rotate the cylinder while it’s in the gun and the hammer dropped. I will continue the rest of the cleaning (I couldn’t remember how to get the hammer spring out when I cleaned it, so the hammer didn’t come out either, but now I know). I appreciate all the info and will also see about lightly polishing it on the inside, keeping in mind that the Monson guns are only hardened on the surface per some posts.

Your knowledge is much appreciated and I will be glad to have this gun back in service!