I came across a couple of really good pictures that show the Pork Chop Shroud and the External Barrel Nut of the early models and wanted to share them for those new to DW’s. 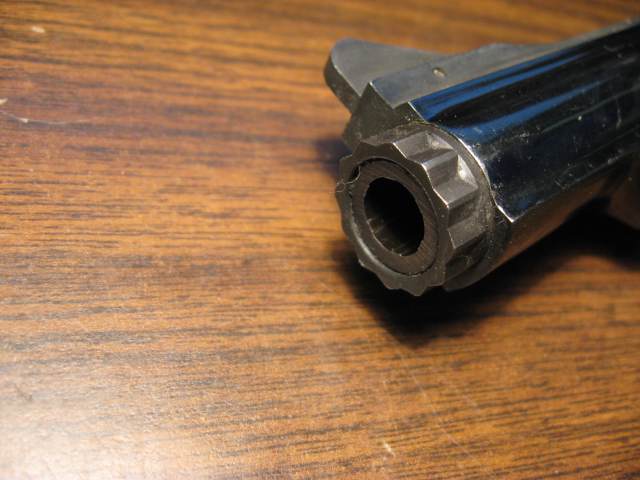 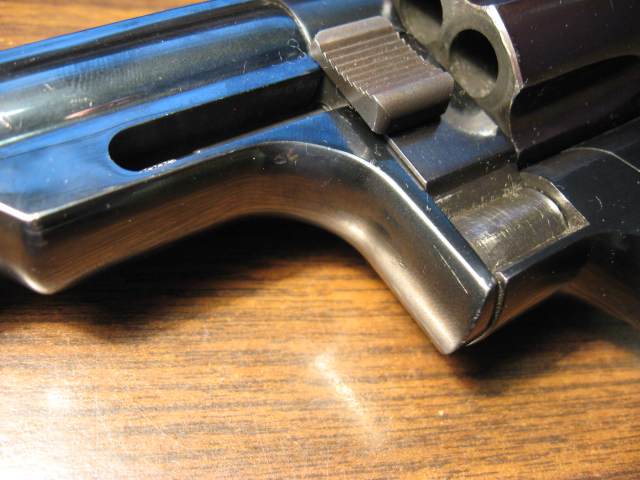 For contrast here is a picture of the internal barrel nut: 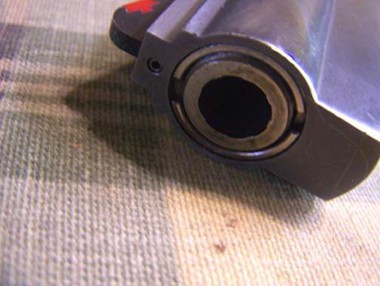 Nice pictures Jody…. yes, those early guns were made for Dan Wesson, by High Standard, with that design of the "dog leg" (down the front of the frame) to be able to retain the cylinder assembly, later, on the small "C" clip ( partial ring) and the groove was cut into the frame and side plate, to retain the cylinder assembly, much neater and cheaper to do.

That nut may have been a bit "stronger" but sure was ‘ugly’, I think they’d call it "over engineered"…….