Yukon black finish on a 722

Help on this 722 need to know if this was maybe a special ordered 722 with the Yukon black finish. What do you think. 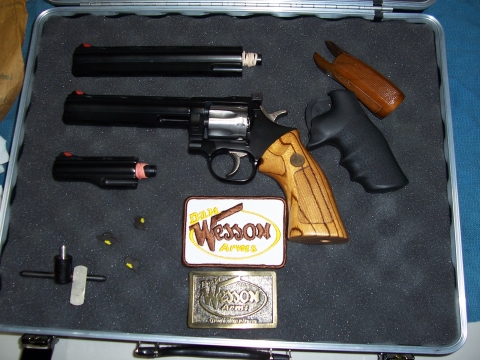 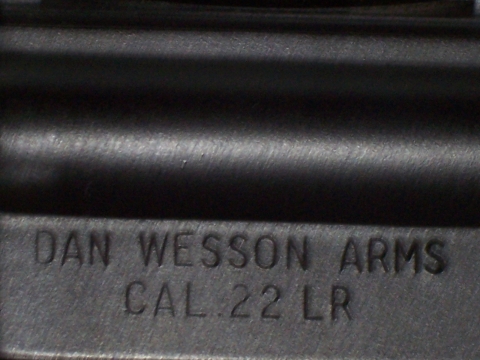 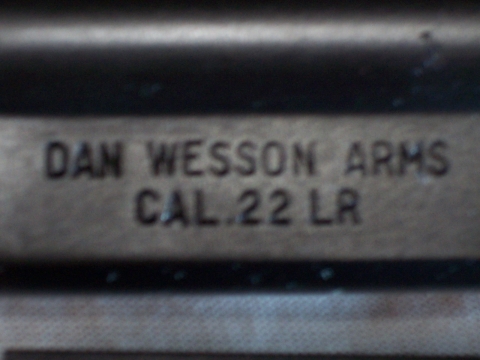 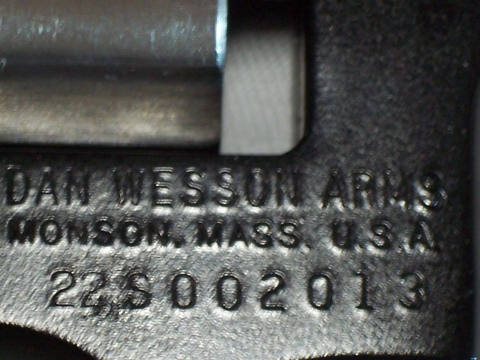 Appears to me to be aftermarket.

I bought this from a friend of mine for a good price even If it is after market I like the looks and I intend to keep it. He said he had this for about 10 years and I have had it for about 4 years so I don't know much about where it came from or history. I like the finish even if Dan Wesson didn't do it. The 722 is in great shape and shoots very good.

Dans normally shoot well- with that finish it's meant to be used, so by all means have at it.  Try tree rats this fall- they're a blast. Just dial yourself into a 2" circle with that 8" BA from about 25-30 yards away and you'll be set.

I like the looks of it. A very personalized gun. Shoot it and enjoy it!

It not as glossy as in the picture I had a light shining on it to take the pictures. It is more a dull dark grey. 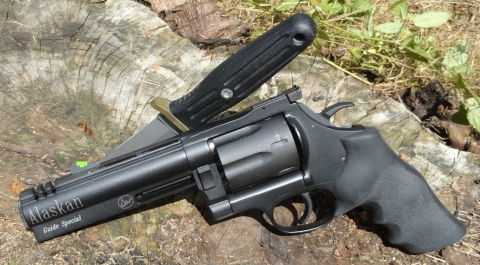 That Alaskan is really sweet. I missed out on one of those last year. One day.....

Blessed is he, whom when confronted with death, thinks only of his front sight...

I am reminded that I was the second owner of #00001 7445 (yes, the first production gun). Bought locally NIB/unfired. Several (or more?) years ago our son was home on leave after his tour in the Persian Gulf and we were cruising a local shop, where I was very well known as a DW guy. The counterman said "You gotta see this", and there it was

! My son said "gotta have it", so I (we) bought it. They were selling off a large "first production" collection.

I posted on DWF about the purchase and a few days later a package showed up from Jody with bullets and brass, Andrew broke out his reloading equipment and supplies  (stored here with his guns while overseas), and two days later, "Virgin No More"! Everyone at the range wanted a look at this one.

That one is still his hunting/camping/hiking carry gun.

Jonny V said
That Alaskan is really sweet. I missed out on one of those last year. One day.....

The 722 finish looks a lot like that . When I took the pictures I put a light on it and it show up a lot brighter than it is.

I'd shoot it, won't lose any value.