We have a number of DW revolvers and we have had this one and have never been able to find information on it. My husband wondered it it was something tried and never went to production. Any information would be greatly appreciated. I has the cylinder release mounted in reverse.

Post a photo or three and we will try to identify.

Thanks, I guess I didnt upload it correctly last time so hoping this works 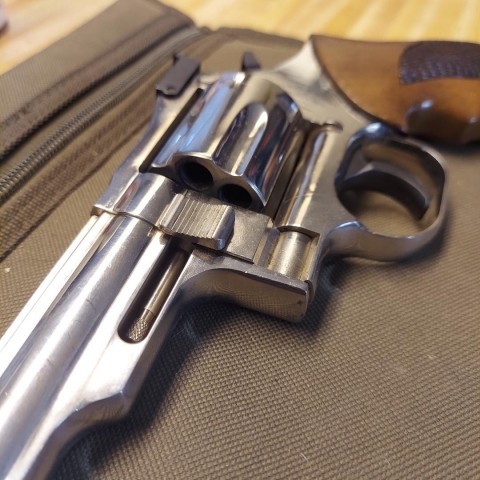 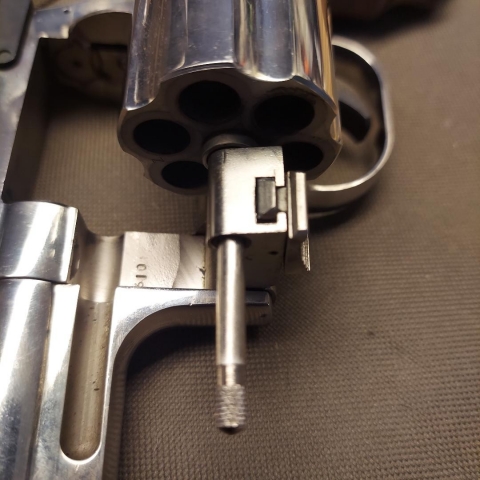 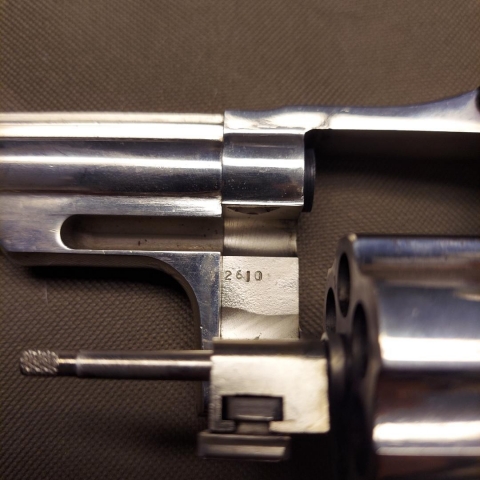 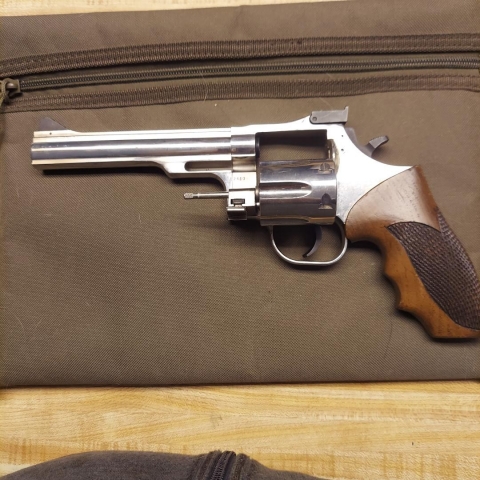 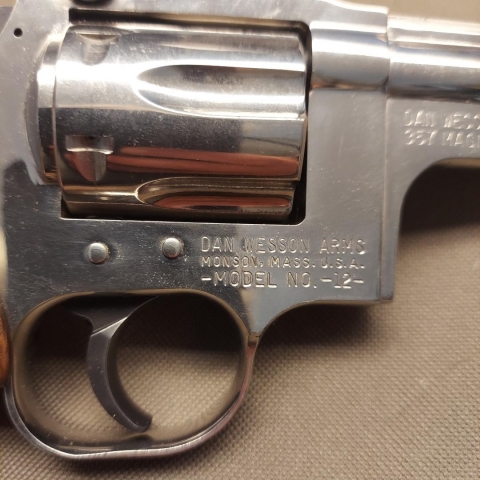 Not an expert by any means but if Model No 12 is it's actual serial # that should give it some kind of provenance????????

Maybe a or "the" prototype for the Model 12.

someone more knowledgeable will probably jump in here soon. But I think the serial number is the number on the frame under the crane. If you remove the grip, you may find more info on the grip post. The crane latch is actually the correct shape for the early Dans like this one. The design of the latch changed later.

I'm pretty sure that there were no stainless model 12's. The gun has either been refinished in something like hard chrome or had the bluing removed and is "in the white". If the latter, then it will need constant attention to keep it oiled or otherwise protected to prevent rust.

It will probably be a great shooter!

Dans are also rapidly rising in value on the market.

My guess is that the revolver was nickel plated at some time in its history; could even have been a factory job. A very nice example of a very early DW with seemingly very little wear. Really like the grips also. A great find!

You have a very early factory nickel plated model 12. Could be a N for nickel too. The grip is one of the original styles. A Sacremento grip, designed for the Sacremento Police Department. The sloping base of the grip ( lower in the back) lessened the bulge of a holstered gun. The checkering was not common. A later style combat grip was straight across or sloped down in the front for more finger grip.

Nickel Dans have great triggers due to the reduced friction from nickel on the inside frame and sideplate. With Wolff reduced power hammer and trigger springs they become the slickest, fastest DA hammer of almost any revolver.

605Dart said
Not an expert by any means but if Model No 12 is it's actual serial # that should give it some kind of provenance????????

Maybe a or "the" prototype for the Model 12.

That's a model 12, the 4-digit serial number is shown clearly stamped in the frame under the crane.

Nancy, the cylinder release was indeed "mounted in reverse" when compared to Smith's & most other revolvers, which were affixed behind the cylinder. Many shooters who are used to the way S&W, Colt, Ruger, etc. look at DW's cylinder releases as backward. BUT these were intentionally placed at the front to help with the overall strength of the gun...or that's what I've read. Maybe it was merely a strategically placed talking point designed to differentiate DW guns from your "run of the mill" Smiff's.

Snake-eye, you are right, not a stainless gun. This gun appears to be a factory nickel gun. No stainless Dans came along until after DW passed away in 1978. I don't remember why, but he didn't trust the strength of stainless material that were in some guns of the period, so while he was alive, all DW's were steel. 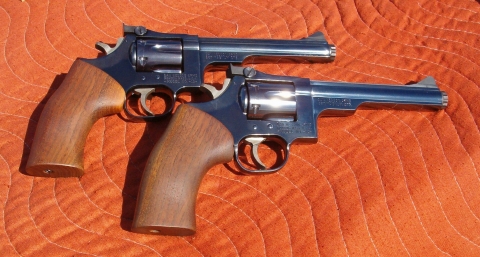 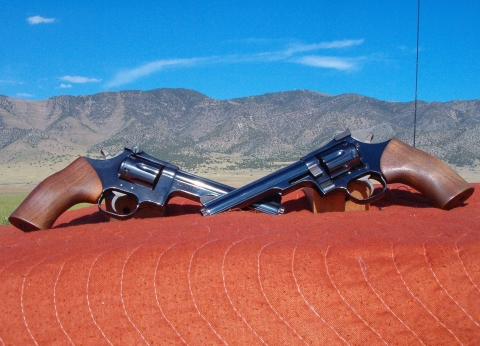 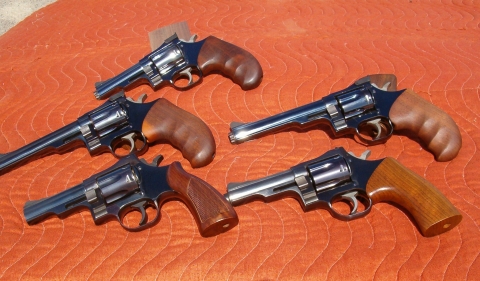 Thanks to Ole Dog & Charger Fan. I knew we would learn something. Factory nickel is uncommon, some would even say rare.

"That's a model 12, the 4-digit serial number is shown clearly stamped in the frame under the crane."

I'm not a big revo guy and that's the only place I have seen the serial #'s on guns, I didn't know they had them under the crane too.

Snake-eye, I agree. Factory nickel DW's are not common, it would be really interesting to know the percentages...but then we would have to pry open the big bear trap government entity known as the BATF to find out those numbers. And WOAH...they can't ever divulge those stats! Nope, never.

Dart, I hope you don't feel I "schooled" you too much, that wasn't the intent. There is far too much erroneous info out there on the intwerwebz regarding DW's, that I often feel the need to jump in & set the facts straight as soon as possible. That is much of the mission here at the

... trying to try to keep facts straight. There is too much other garbage info out there on various platforms, at least this place should be as factual as possible. An "oasis of DW knowledge" if you will, all in one stop.

No sir, not at all. I have much to learn on revolvers.

That's a very nice gun and as always, a wealth of information from our members.