I am a concealed carry permit holder in my state.  I own one handgun that I inherited, so I have never had an NICS check to purchase a pistol.  This week I tried to purchase a handgun at a sporting goods store, but was told NICS put a one hour "hold" on my application.  That was on a Monday.  Today is Friday and so far no decision from NICS.  The store says their hands are tied until they hear from NICS bc their policy requires an NICS check for all handgun purchases.

According to the NICS web page on FBI.com they have three days to provide a Proceed or Deny decision or the retailer may transfer the firearm.  Obviously, I have a clean record and none of the other disqualifying factors like restraining orders, domestic violence, mental illness, dishonorable discharge, etc. apply to me.

I think the longest I ever waited for a transfer approval was ten minutes when my FFL was put on hold.  It seems very strange that things would take that long.

I believe the hold is for three days and if the ATF doesn't call your dealer and tell them not to proceed then it is legal for them to sell it to you. I would call the local office of ATF and check. But some dealers are like that. And where you live looks like your in a bad part. Maybe have to go out of town.

Yes, three days is the ATF requirement if no proceed within a few minutes. At the store where I work in KY, if you have a conceal carry permit you do not have to do the NICS. rural king stores do not take the ccdw permit. However, after 3 days you are allowed to pick up the weapon if delayed. I have noticed in the past week, we have had several delays from NICS but usually by the next day, sometimes within an hour we get the proceed. I guess it is just the business policy. We have had the denied after 4 or 5 days, they call and we have to give them the individuals info. Hope this sheds some light.

NICS is random as heck sometimes, I've heard lots of crazy stories.  I have been delayed twice in my life, both time while holding a DOE security clearance.  Worse was about 10 years ago I was going out to pick up 3 firearms, at two different FFL's.  I stopped first to pick up a 45-70 lever action rifle and was put on hold, first time in my life.  That rifle never got cleared, but the owner of that place just gave it to me the next week when I stopped by.  For a year after I'd ask the owner if I cleared yet, never did and he finally told me it was getting worse than old with me asking evertime I walked in.  It is fairly common for a delay to never be cleared once it has passed a week according to that FFL, says he has dozens of them never cleared.  According to him it is low priority for NICS since by then the purchaser can legally pick it up.  20 minutes after walking out after the delay, I stopped to pick up 2 handguns at a different FFL(one was my stainless Dan Wesson 41 mag).  I was in and out of there in less than 5 minutes with both handguns.  The other time I got delayed, someone came running out to the parking lot and called me back in, I was cleared.  Good thing I spent nearly an hour there looking at used firearms.  There are less than 20 people in the U.S. with my last name, and one with my same first name(my father, gone now) and they are all related and no criminals among them.  It's not like a friend of mine with a common name that has been actually denied  for someone else's crime, that took him a lawyer to navigate and get cleared.  He is almost always delayed, he learned and now just gets his wife to do all purchasing, marital property so not lying on 4473 saying it is for you(she hunts and shoots more than her husband).  What's the point of giving your social security number if you get delayed or denied based on someone else with the same name but different ss number?

Thanks for the input. Legally the gun can be transferred after three days if there's no proceed or deny response from NICS but the policy of the store where I tired to make the purchase has a blanket policy of requiring a "proceed" response for all purchases.

A few days ago I filled out a VAF (Voluntary Appeal File) form and sent it along with my fingerprints to the FBI.  I don't know if this will resolve the situation or not. Or how long it will take.

Time to move to Kansas! 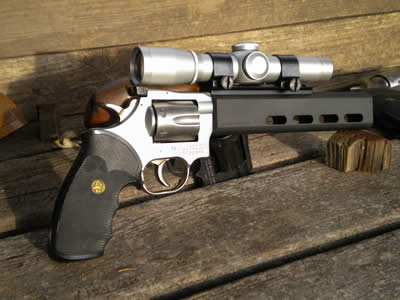 Friday a thief ,Sunday a king