Hello,
Yesterday, we got a fresh 7″ layer of the white fluffy stuff.

Going back in my shooting History.  I think it was 1988 when I bought my first centerfire handgun, it was Revolver, a Dan Wesson 357.  But since I was a young punk, still wet behind the ears (as far as handgun shooting knowledge) I soon had an urge for a larger caliber and a year later, I traded it for a S&W 44 …even though I did like that Dan Wesson.  Then in the 1990s, I started buying (and sell-trade) all kinds of guns, but never a Dan Wesson again, until yesterday, I stumbled into a reasonably priced (I think?) Model 14-2.  I will likely be asking some questions (in other sections of the forum) sooner, rather than later, about this recently acquired Revolver, Mod 14-2.

I found your fine web-forum while google searching the year of Mfg of this revolver, and found your Serial Number PDF.  That was very helpful.  Thank You, to whom ever assembled it.  Then I figured I should join the forum.  I am a member of a couple other firearm forums, mostly to do with bullet casting.

PS, do you guys allow political discussion?  or is that verboten?

(I haven’t searched beyond this Introduction section yet)

Glad you found the DWF!  I am also a .41 fan , reloader and caster.  This is a much smaller and slower forum than most of the firearms forums and we have had sporadic political discussion in either the Current Events or News and Legislation threads, they are far and few between. Things tend to be DW related- a lot of drive byes asking for help; thanks for your intro. Here are my DW 41 cals.  One sports a 10″ BA with a scope now.  I guess I should refresh the group shot… 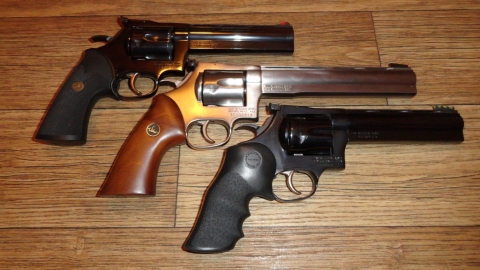 Welcome to the Forum from your neighbor Wisconsin.

Another Welcome from Wisconsin. If you like .41 and don’t have a Dan then you’re going to have to change that quickly. My 2 Dan 41’s are very good shooters. Here’s a few of my 41’s. What do you cast since I am also a caster. 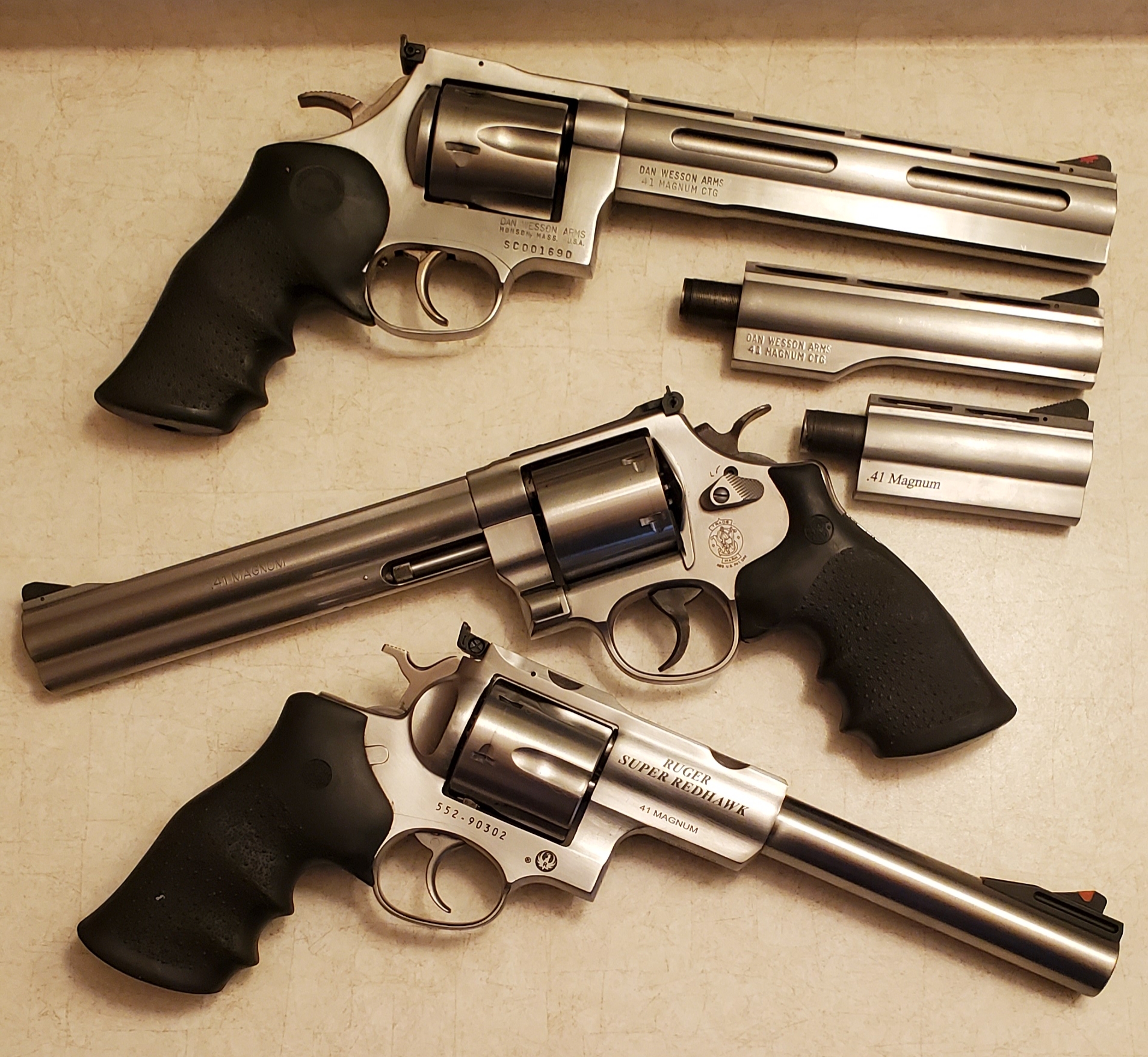