Is this a new one you just brought home? If so, way to go!

This is the first Norwich gun I've seen marked like this. The 7360 is an elusive bugger, I've only seen pics of one other. 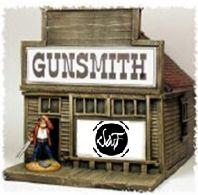 Cool gun…. but what about 360 brass ?  Impossible to find in any quantity I believe.

Here is an article about it by Todd Spotti.

The 360 was born at the 1999 Internationals at Ft. Stockton, and I think I might have been there when it happened. I remember I was talking to Bob Serva, owner and president of Wesson Arms, along with some of the other industry types when Bob asked “What's the most popular revolver and cartridge being used for silhouette these days?” I replied that the Freedom Arms chambered in 357 Mag was very likely the current #1 choice, with the Freedom Arms 44 in second place.  Read More…

Nice looking gun thanks for sharing the pictures!

This got me to wondering! I am at work so I can't check but looking at some photos of my 7445 I believe it has DWC on it and not NYI. Also my 7445 is the only other one I have seen with the RV prefix to the serial number. I will have to try and remember to check when I get home. For every mystery solved several more pop up.

Better read the article Jody linked above before you do that.

Congrats Harly, that is one cool find!

That is THE ONE on my MIA list at this time.  You did great by landing that one.  There may be less of those around than 7414's truth be known…  Nice picture and thanks for sharing that unique shot of the caliber marking.  Never saw that one before.

Updated pics with the latest additon to the package.  Yup, that's the last cache of .360DW ammo. on the planet (other than Supermagfan's stash)!

That is one beauty gun and those pictures are calendar worthy!

That's a real beauty.  It seems to clean up nicely too.  You can really have some fun with all that ammo.  Nice find!!!

Happyness is a Hot DW and a pile of used brass!!! Rich

…and those pictures are calendar worthy!

Thanks for showing off the

That is a great score!

I was also thinking calendar with that gun.  Harly you have a real treasure there.